Eastern Students had Fun, Fun, Fun til the Beach Boys Drove Away

Today, we often see event and concert postings all over campus from various organizations including Student Life and the Student Government Association's Student Activities Council. But where and when did this tradition begin? Sure, we have had awesome concerts like Hinder and Bowling for Soup, but who else has graced EKU's stage? Better yet, who started the tradition with some "good vibrations?" That's right. The answer is none other than than the famous surfing sound of the Beach Boys. 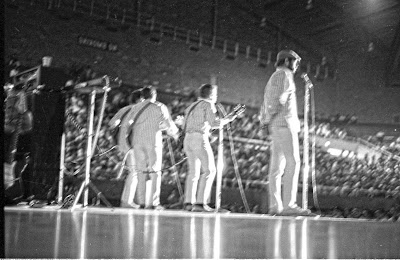 In 1966-67, Eastern formed a fund and special committee known as the All-Campus Entertainment Committee to research and bring entertainment to students on campus. Their first act of business was hosting the Beach Boys at Alumni Colliseum on April 20, 1967 at 8pm. Compared to today's average ticket cost of $150, students only paid $2 for the performance!

However, before the Beach Boys took the stage, they took to the dirt on the 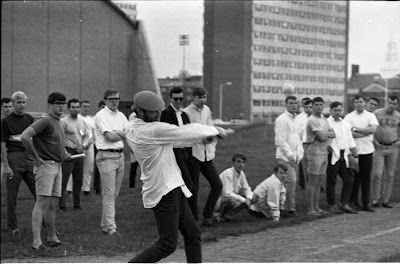 baseball diamond, warming up with some softball. Bass guitarist Bruce Johnston commented to the Eastern Progress that, "This is what we miss most; the chance to lead normal lives and enjoy the things other people are able to take part in."
Posted by ashley.salyer at 10:48 AM